← more from
Traumton
Get fresh music recommendations delivered to your inbox every Friday.
We've updated our Terms of Use. You can review the changes here. 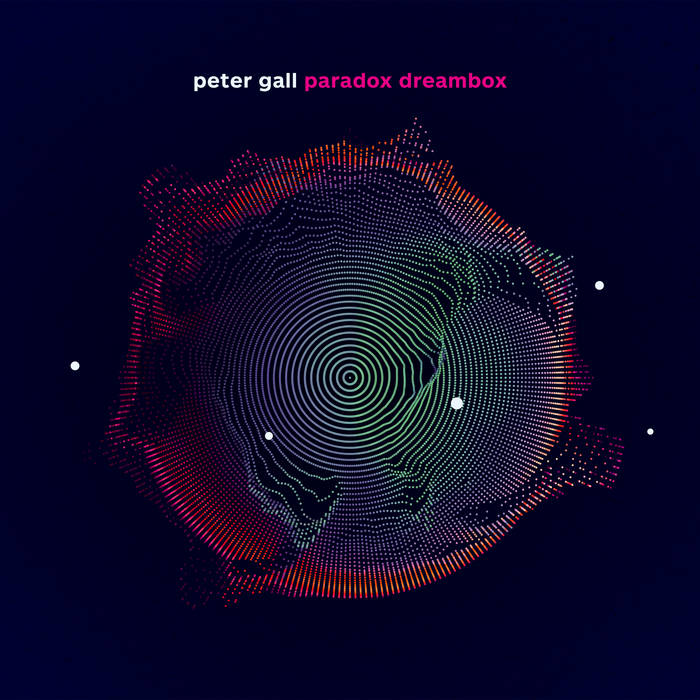 Arlo Brooks complex, diverse, and interesting modern jazz, definitely one of the best of the year Favorite track: Paradox Dreambox.

Hardik This is some of the most beautifully recorded music I have come across. The guitars and the beautiful melodies make this album extremely pleasant to listen. My appreciation for modern jazz keeps rising constantly. Favorite track: Faro.

In the past 12 years Peter Gall made a name for himself as masterful meter and composer in various bands, for instance Subtone (including Florian Hoefner, Magnus Schriefl and Matthias Pichler) or with Roberto Di Gioia’s Web Web (including Tony Lakatos). Gall’s drumming can be heard on roughly 30 albums to date, among them his brother Chris’ trio Blume (with Schriefl, Wanja Slavin, Bernhard Meyer), the Rainer Böhm Quartet, Torsten Goods and Enik; furthermore he was engaged by luminaries like Kurt Rosenwinkel or Thomas Quasthoff, only to name a few. Now he presents his first own production, Paradox Dreambox. It doesn’t spring exuberant drumming on the listener, but rather allures with melodious lines and multilayered arrangements, nuanced band interactions and latent energy even in quieter passages.

Dynamics lead through the album like a sort of leitmotiv. The fast-paced title piece sets energetic emphases. Beginning with a trenchant piano intro, the quintet develops wide melodic arches that unify in the end, interlock and fade away in a lyrical piano part. The following ballad Faro creates an almost contemplative mood, which depicts not so much the robust force of the Atlantic, but much rather the relatively relaxed sense of life and the expansive vistas over landscape and ocean at the most southern point of Europe. However, the fact that Wanja Slavin gets a little rougher at the end of his wonderfully soulful alto solo fits the picture perfectly. “4 West” on the other hand, written back in 2010 in New York, reflects the jazz atmosphere in the city; melodic passages alternate with solos and after piano and double bass the sound aesthetic changes to more electronic, synthesizer sounds where flutes assume the main role until the end of the piece. That “Yellow Heaven” sounds more like a song without words than all the other pieces is no coincidence. After all, Gall - born 1983 and in his youth not only infected with jazz by his father and brother Chris - has a declared passion for The Beatles and Radiohead, Bon Iver and Elliot Smith. “The yellow heaven is much less a place, but rather a condition,” Gall ponders, “the piece is based on a very emotional song that I wrote for a birthday about growing old, impermanence and hope. Now we play it without lyrics, with a magical interpretation by Wanja.”

Every composition on Paradox Dreambox stands for itself, Peter Gall says. The repertoire sounds thus variable and yet still carries a distinct musical thumbprint at all times. For all pieces, Gall can tell a story or at least reference a memory. The about nine-minute-long “A Bird’s First Escape” is not about Charlie “Bird” Parker. It in fact refers to a neighbor’s bird, which could once escape his cage and fly circles in freedom for the first time. “Indie A” also originated in New York and unsentimentally bids farewell to a faded romance; for his three-part arrangement Gall invited the tenor saxophonist Ben Kraef as special guest. The concluding piece “Ambrilla” begins with lyrical themes and melancholic, yearning chords, to then abruptly change direction by the use of synths and electronic sounds and grooves. “The idea is to create a mood that you give yourself to - and then something completely different, unexpected happens.”

You wonder what the title of the album Paradox Dreambox is all about? Peter Gall says of himself, that he generally has a certain penchant for dreaming. He regards his compositions as a frame or “box”, in which one can dream. This frame that the whole band moves within is flexible though, and can even be sensually deconstructed at times. With his music Gall tells stories in a non-linear fashion, stories in which images and actions alternate in an unexpected, sometimes almost mysterious way. The name Paradox Dreambox, Peter gall says, describes a “vibe” in which incisive timbres of sound can arouse various associations and worlds of emotion interpretable on many levels. With his suggestive, stylistically open music the well-versed drummer definitively establishes himself also as an accomplished composer and smart bandleader in contemporary jazz.

Bandcamp Daily  your guide to the world of Bandcamp